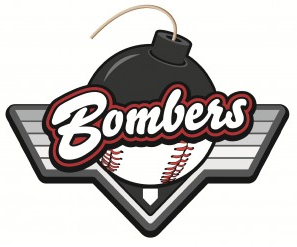 The deal is done: Raymond Beugeling is fit and ready to manage the Bombers for the 2018 edition of the Battle at the Castle tournament. Raymond is a very experienced youth coach, having handled the Kennemerland Little League team and leading them to multiple finals at the Dutch championships.

Coach Kenneth Johnson, the 2 time BATC Champion and manager for 5 years of Bomber baseball, is unavailable for the 2018 edition. His daughter Kehisha is to attend college in Rome for the next schoolyear, so dad is very much needed on another location during the tournament. We are sure he is very happy with Raymond handling the Bombers team and shoot for the 3rd championship.

Something else that is very nice to mention: the Bombers 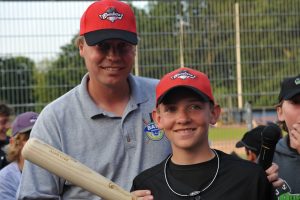 assistant coaches are Tyler Boersma and Nolan Beugeling. Two veteran Battle at the Castle athletes who had their U12 tour with the 2013 Bombers. And they did well! The Bombers won the tournament after some dramatic games and Tyler winning the MVP award and Nolan becoming one of the 2013 allstars. Really great they return as coaches, teaching what they already learned to the newest Bomber kids!