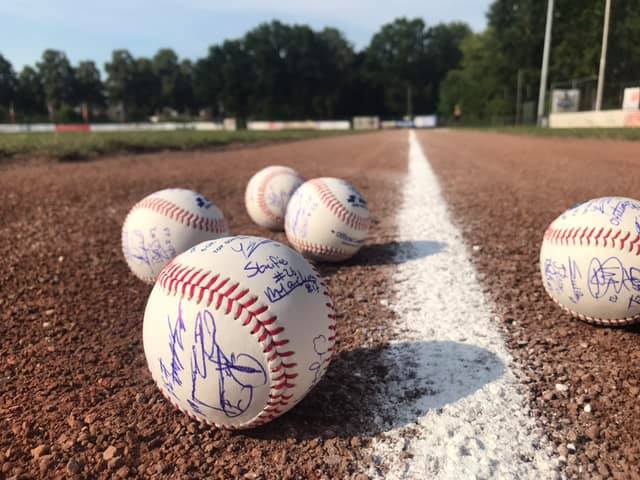 The start of BATC 2019 was like any other year. We saw everybody meeting their teams and their managers. Players meeting old friends from last years tournaments. We saw the opening dash to the infield of Horbach field with all kids around. And thats means that we are off. Off to 39 games under the silent eyes of Slotbosse Toren, the ruin of the medieval castle that we named our tournament after.

It is going to be fine again. We saw our shares of positivity and smiles already. There is the Diabetes fundraiser (donate here: DIABETES FUND BO KOPS) and we saw our crews working hard again to get the drinks and the food in on time. The teams look great again, but most of all, we saw the fine plays that we have become used to. The Admirals brought out their bats and ran over the Falcons in Game 1 of the tournament. The Vikings beat the Chargers 6-4 in an entertaining game. The Cavaliers felt good in their navy colored jerseys, they beat the Bombers in their first matchup. The Dragons were leading the Emperors 5-1 in the 6th as we were finishing this item. But then again, winning or losing the first game does not mean a thing in tournament baseball. All managers have been there, they know how to claw back and grow into the tournament.

Welcome to a grand week of baseball!