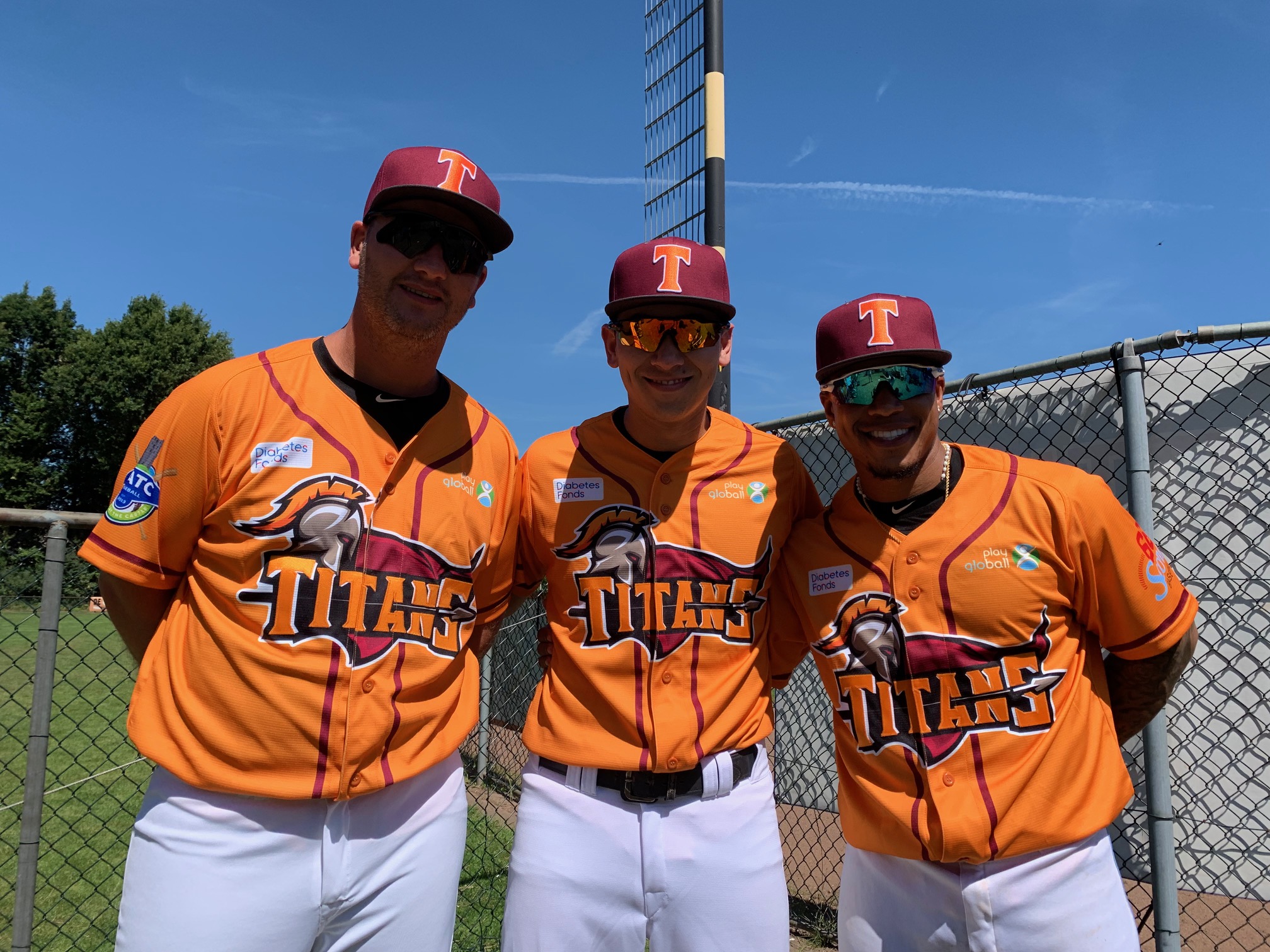 We saw eight games today in the U12, U15 and U18 tournaments. With the first day completed for the U18’s it seems that the Titans and the Dukes are the teams to beat in 2019. Although the Patriots only lost by 1 run twice, it still can go either way. The Lumberjacks won 1 game, but got blown out by the Titans.

Tomorrows games will decide which team wins the pool play and has the best seeding into the double elimination round. All teams but the Patriots can win the pool so there is still a lot to play for.

In the U15’s we saw the players from the Dutch and French national teams join in the party. The Dragons won their second game behind a home run from Baptiste Blancot. They look in good shape, especially their pitching looks sharp behind multiple BATC Cy Young award winning Brandon Herbold joining the team today.

The Chargers bumped the Emperors with 10 runs today. Mees Robberse was the big man on the Chargers team rocking the Emperors pitching with a three run homer in the first, and a two run single in the second inning. The Emperors are looking to bounce back into the tournament having lost their first 2 games. The bats have not come alive yet, coach Shurty Tremus is on it. They will play the Vikings tomorrow to decide who will not be team 4 in the pool play.

In the U12 tournament it looks like the Cavaliers and the Admirals are the teams to beat. Today they faced eachother, and that turned into a very exiting game where the Cavaliers refused to give up multiple times to eventually walk off on a hit by Matteo Pierre in the bottom of the 5th inning. That game saw something special happening: Jorrit Patist homered on Horbach field. That is only the 3rd time in history of BATC Baseball. He follows Emile Haswell and Sem Kuijper who did that before him.

The Bombers have taken the most pain from the absence of the Team Amsterdam players. Coach Johnson is still not out of the tournament, but has a long way to go to the final. With a win tomorrow he needs the Falcons to beat the Cavaliers to not become 4th in pool play. But hey, we have seen strange things happen at BATC Baseball. The Falcons can still win pool play if they beat the Cavaliers. That will be tough though, Victor Araya Lemaire’s Cavaliers seem to have a resilience this year that might take them to the final in 2019. But let’s see what tomorrow brings, either way, it will be an exciting day again!

Check below for stats and standings:

U12 standings and stats

U15 standings and stats

U18 standings and stats