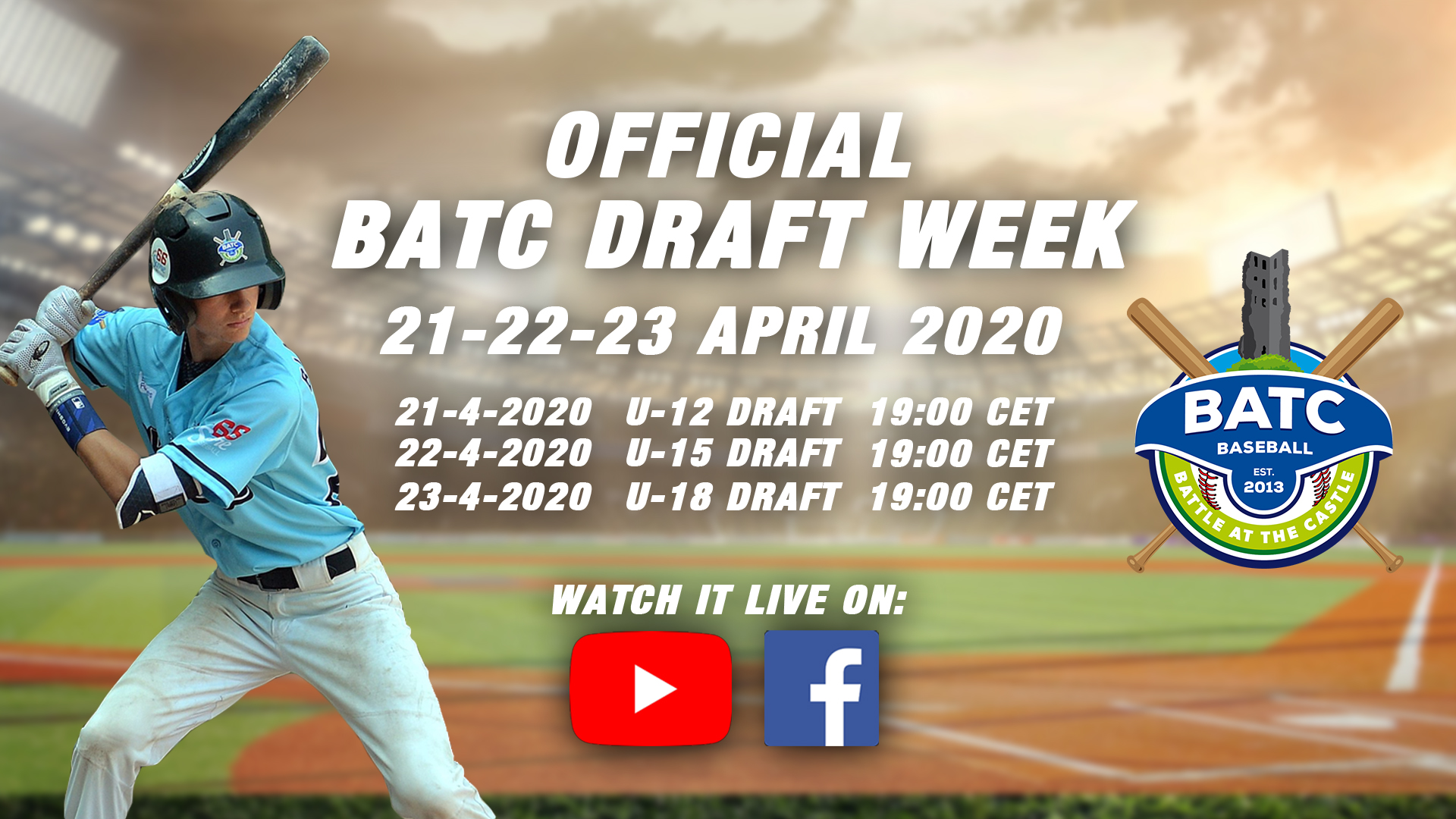 Just like the in the big leagues, the BATC franchises led by their managers pick the first 7 players for their 2020 team rosters. It is a fun and competitive moment for the managers to build the foundation for their teams. For players and parents it is a tense but exciting event.

This year it will be even bigger than ever. For the first year in BATC history there will be a 3 day format where the draft will be broadcasted live on Youtube and Facebook. Three evenings where we’ll see excitement, drama and wonder by managers, players and parents. In 2017, 2018 and 2019 the drafts were on Facebook, but not in a live broadcast. As we reached 2000 unique people on our Facebook page we now aim to break the 3000 mark when broadcasting live! Challenging and exciting!

So with the draft taking place on april 21-23, it is very important to give all managers enough time to evaluate the recruitment video’s and information that you added with your registration. You have time until april 1st to submit your video to be sure of the managers having enough time to see it. 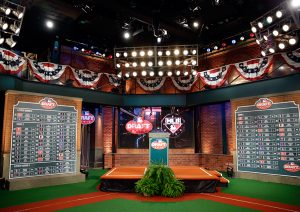 For players and parents who are new to the draft, please find more information about it below:

Official Rules BATC Baseball draft
The Battle At The Castle Draft is held every year in April among the four BATC teams of every age group, U12, U15 and U18. The teams take turns selecting players in reverse order of their final ranking at the close of the previous tournament. So for instance for U12, the Bombers came up in 4th place in last years tournament, so coach Kenneth Johnson has the first overall selection of the 2020 draft.
The Battle At The Castle Rules govern which players are eligible for selection in the Draft. These Rules are detailed, but the basic eligibility criteria can be described as follows: generally, a player is when registered for the tournament eligible for draft selection. The player can only be drafted by the teams of each league when they meet the age restrictions.
A player who is eligible to be selected and is passed over by every team becomes a BATC free agent and will be assigned to one of the four teams of the league they are eligible for, also based on the draft lists that the managers hand over to the tournament management. As it is one of the goals of the tournament to have as much exiting and close games, the teams must be as evenly matched as possible. That is why the BATC free agents will be assigned to the teams by tournament management until the rosters are filled. Players that don’t make it to one of the team rosters are asked if they will be available for the reserve list, in case of injuries or last minute changes to the team rosters.

Players and parents with questions about particular rules or situations are referred to the baseball operations department at the office of BATC baseball management.