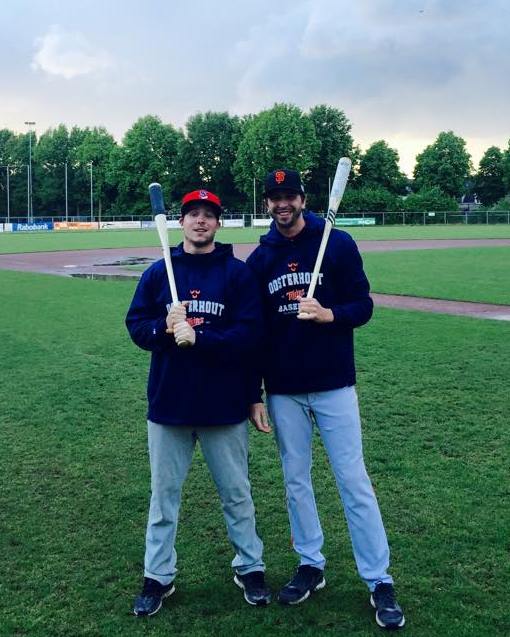 The Battle at the Castle tournament is very happy to announce Marcel Aerts as the manager of the 2015 BATC Chargers 14U baseball team. A long time Oosterhout Twins club member, about 20 years, will make his first steps as a team boss after a long career as a succesful pitcher and assistant coach at Oosterhout Twins and the now defunct Sparta/Feijenoord team.

Starting at the age of 9 years he gradually climbed through the various Twins youth teams before making his debut as a pitcher for the Oosterhout Twins in the Hoofdklasse in 2002. Being a succesful hurler, pitching from a nasty 3/4 armslot, he swapped teams to Sparta Feijenoord in 2005 and reached the playoffs of the Dutch Hoofdklasse. Marcel returned to Oosterhout Twins and has been with the team since 2007 where he is the first base coach for the last 3 years.

“Recognised as a talented youth coach we are proud to give him the stage to debut as manager at our tournament. We are sure he can encourage the kids to have fun playing great baseball together while learning them key attributes of the game”, as quoted by Bart van Gils and Paul Bun.

Marcel Aerts adds:  “This will be my first time as the Head coach for a Battle At The Castle team project management free. I feel honored Bart van Gils and Paul Bun offered me this opportunity and I can’t wait for the tournament to start. I feel the best team is not about individual player qualities but about the team chemistry. The best team is willing to fight together, they will help each other, listen to one another and most of all have fun together. This is something I hope to achieve with Cody Chartrand (assistant coach) and the players during the next BATC. If we have fun together, on and off the field good things will follow.”

We welcome Marcel and Cody to our already great managers lineup for the 2015 tournament!