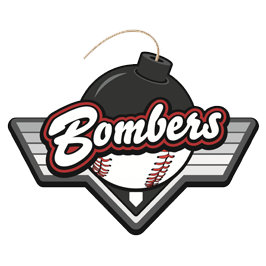 Michael Crouwel steps in as manager for the U12 Bombers at Battle at the Castle Baseball. The tournament management is happy to see one great manager filling in for the other one. Raymond Beugeling needed to manage his Kennemerland Little League team at the Euro championships in Kutno, Poland.

Crouwel, born in Amsterdam in 1969, played 56 games for the Dutch national team and more than 500 in the Dutch Hoofdklasse, now is headcoach for Kinheim of Haarlem. “It’s great to have a guy like Michael at our tournament. Passionate about the sport, a lot of experience under his belt and a nice guy. He has a lot to tell to our kids.” Paul Bun about Crouwel.