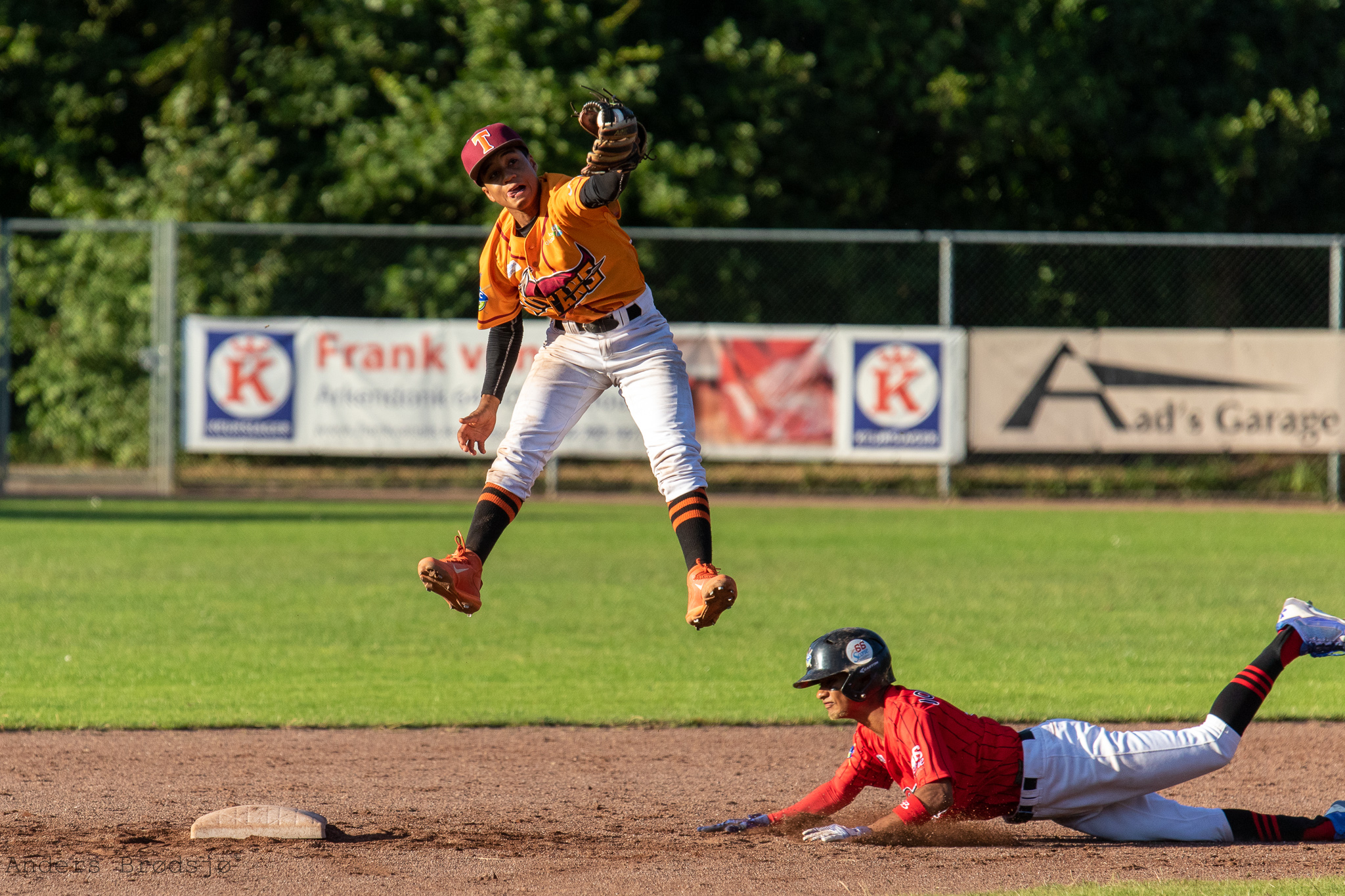 When the Titans routed the Patriots this morning on Score66 Arena, it became clear that the Dukes – Lumberjacks game would only be for home advantage. The titanic bats came alive massively as we saw multiple doubles and triples banging on the outfield wall. The Lumberjacks beat the Dukes in the afternoon heat 4-2. Both managers did not want to give away their strengths, they kept their arms fresh for the knockout games. But, that is tournament play as well. Be at your best when it counts!

This is the schedule for tomorrows games:

The winners play eachother on thursday morning at 10:00 for a spot in the grand final. The losers play thursday at 13:00 to qualify for the backdoor game at 16:00. That will be a tough day for the guys!