For the second time in Battle at the Castle history, there will be an Australian at the helm of one of the BATC Teams. Sam Kennelly, a Perth native, will hunt for a BATC crown this summer as the manager of the U15 Chargers.

The 22 year old infielder plays for De Glaskoning Twins in the Dutch hoofdklasse and enjoys his first stint in Europe as a baseball player. Only 22 years of age, but already with a great baseball resume under his belt. He debuted as a 16 year old in th 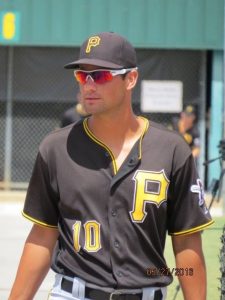 e Australian Baseball League in 2012 and was signed by the Pittsburgh Pirates where he spent the 2014, 2015 and 2016 seasons in their system. In 2017 Sam underwent the Tommy John elbow surgery and had to spend the whole year rehabbing from this procedure. In 2018 he is seeing his first baseball action again in the Dutch hoofdklasse which is regarded by many as the best league in Europe. His goal: making it back to the USA as a pro baseball player.

Paul Bun on the signing of Kennelly: “Obviously a great plus for our tournament to add international experienced managers. We often say that it is important for the players in our tournament to experience everyday baseball. Although only one week, it is tough to play everyday, and it is important to have guys like Sam around to talk to them from experience. Getting their minds and bodies in shape to be at their best for their team, every day. He has been there, gone through disappointments. He definitely can bring his players one level up from where they are at the start of the tournament. And yes, he’s got that Aussie smile, the fun factor will weigh in heavy at the 2018 Chargers team. And with that said, we have got all our goals covered. The kids will have a great experience.”

Asked on joining Battle at the Castle this summer, Sam Kennelly adds: My expectations for this tournament are always to win, have fun, and teach/give my experiences and knowledge to the players. One of the best attributes a player can have is resilience. I want to take them one level up on that aspect. Like Babe Ruth said: It’s hard to beat a person who never gives up.” 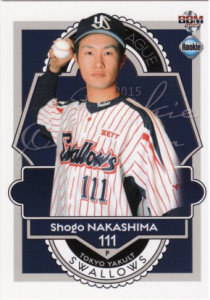 am will head a massively international, pro experienced coaching staff. Jakob Syren will join him as pitching coach. The Swedish giant is addicted to baseball. He played college baseball in California, trained at Driveline Baseball facilities in Seattle, WA and is now featuring as a relief pitcher for De Glaskoning Twins. Shogo Nakashima, experienced in the Nippon Professional Baseball League for the Yakult Swallows, will complete the international coaching lineup. Mostly used as a relief pitcher in the Ni-gun league, the Japanese minor leagues, Shogo now is a very important piece in the bullpen of the De Glaskoning Twins team.