The Battle at the Castle baseball tournament is excited to announce the signing of Kevin Healy (36) as a manager for the first edition of the U18 tournament. The headcoach of the Langley Saxons highschool team out of McLean, Virginia, will join the BATC family as a part of his 2018 baseball adventure that also takes him to Kyrgyzstan to give clinics.

Kevin Healy resides in McLean, Virginia and teaches history along being a special education teacher. He is the head varsity baseball coach of Langley highschool since 2009. He played division 1 college baseball as a catcher at the William and Mary University in Williamsburg, Virginia from 2001-2004. The William and Mary Tribe play in the challenging Colonial Athletic Association. 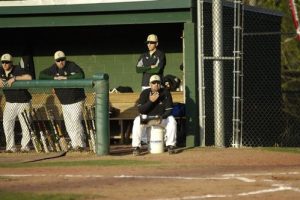 Kevin Healy on taking his game to Europe: “For me it is a great opportunity to help coach baseball and help younger players enjoy the game. And to have the chance to do it overseas and learn a little more about a different culture is a huge bonus.  I’ve been a history teacher for over ten years and to be able walk around and see some of the things I’ve been teaching my students about, you just can’t beat that experience.”

Paul Bun: “How we connected? Well, we had the opportunity to meet a group of baseball coaches in Northern Virginia last year to spread the word about BATC Baseball. And we just love the idea that we can be an interesting platform for international coaches to see baseball in the “old world”. Kevin jumped on it and we absolutely think we have a great match and that Kevin can subject our players to maybe new insights, ways to approach the game and yes, to expand everybody’s baseball network. That is one of the main goals of our tournament. We have already seen multiple BATC players connecting to new adventures all over the world, and that is something to even expand upon.”

Kevin Healy is no stranger to Europe as he worked camps and helped coach teams in Prague, Budapest, Vienna, and Munich (2015, 2016). Directly after BATC Baseball he heads out to Kyrgyzstan, a country in central Asia, on the west border of China. He will be giving clinics there for Play Global, a non-profit baseball development organisation led by Tom Gillespie.

The name of the U18 team Kevin will be managing is to be announced later.