A new four team tournament mean four new logo’s and team colors to be crafted. The first one ready is the BATC Patriots. They represent the people of the Republic of The Netherlands in the 16th – 18th century who wanted to bring democracy as system of government. Above that, they fought for freedom of speech, freedom of assembly and equality of religion. The influence of those early patriots are still around in the open, liberal and social society of The Kingdom of The Netherlands. Important values to fight for and the Patriots will do just that on the beautiful baseball arena in Oosterhout.

The U18 tournament seems to be off to a great start. A lot of top quality players from all over Europe are raring to make new baseball memories, increasing their baseball network and making new friends. 16 of them will end up a Patriot. Not only to show their game to the world but also keeping an eye on the rights of all baseball citizens. Cool!

The main colors of the team are 2 teints of blue, white and red. 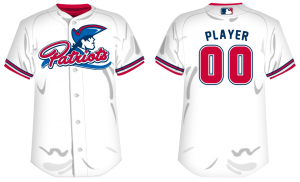 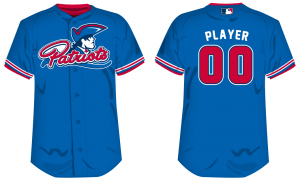 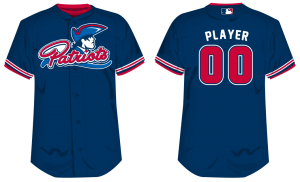 The other teams will be presented in the coming weeks. Thanks Jurjen van Zijl for these great designs.