The BATC Baseball tournament is very happy to announce the return of Steve Donovan to BATC Baseball in 2018. After succesful episodes in 2015 and 2017, Steve is up to a new challenge: managing the U18 Patriots and becoming the first ever Battle at the Castle U18 winner.

Steve Donovan is no stranger to baseball in The Netherlands. He made his first trip over in 1978 and 40 years later, he still loves the way of life in Europe and the Netherlands. A good time to talk a little further with Steve about being an American in Europe:

What is it with you and The Netherlands?

When I came to the Netherlands in the spring of 1978 with Springfield College to play games, I fell in love with Holland/Europe. I was intrigued with the different cultures and the lifestyles, very different than the US. As a youngster I had lived all over the US, so I enjoy traveling and seeing new places. So, this was a great opportunity to play baseball and see the world. It was and still is a great vehicle for me. I was impressed with Dutch baseball. The organization, level of play, facilities and the opportunities to instruct. At 5’8/150 pounds, I knew I wasn’t going anywhere in the US. Dutch Baseball was at my level and was an opportunity to compete in a well run league.

Now, with my children grown up, my wife/family from Holland, my daughter living/studying/working in Amsterdam, I hope to reconnect with Dutch/International baseball at the coaching/organizational level. I am still very active with baseball in the US, running an AAU program/New England Wolfpac, coaching at the high school/college level and running a number of instructional youth programs. The hope is to again be involved with baseball on both sides of the ocean and around the world. 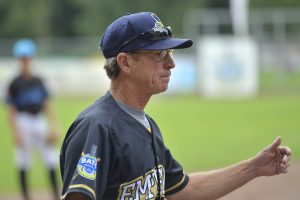 What is your best memory from playing in the Netherlands?

Probably the 1981 season with Neptunus. We won 20 straight games, the league championship. I was awarded the league’s top pitcher, set a record for most wins and threw a no hitter. That team was good and everything fell into place. The folks at Neptunus were great to me. All the clubs I played for (Kinheim, Neptunus and HCAW) were great to me. I met a lot of good friends who I still associate with via coaching/instruction. I am setting up a U16 tournament this spring, all with the help of folks who I met in the past.

Outside of baseball, I enjoyed the opportunity to experience, work and live in the Dutch/European society. It was great to be able to hitch hike around Europe and see firsthand the streets of Europe. A lot of stories and memories. I am able to look at the US in a different way than most Americans.

What is the biggest difference between baseball in USA compared to Europe?

Many folks in the US are not aware of the reaches of International baseball. I have a lot explaining to do when organizing trips abroad. Although the numbers and caliber of play might not be there, in some places, a lot of time and energy is put into the game. The European players are very fortunate to be able to see the world through the game, in a very well structured atmosphere/setting. The training methods can sometimes be different, but all effective in player preparation/development.

Much of baseball in the US is geared around school and leagues (Little League, Babe Ruth, American Legion, etc., high school and college). When I first came to Holland, club baseball was not very common in the US. It has changed now with the US running clubs with multiple age groups. But, you don’t get the T-ball right through hoofdclass structure. Also, the club facility/complex with, canteen, locker rooms, etc. is different. A true club atmosphere. As a club in the US we just have the field.

What are your thoughts on BATC Baseball and the format that we are playing in?

The format is great. The folks at the BATC run a solid tournament. I can easily promote it here in the US, knowing that they will have good competition and a great setting. Last year the Wolfpac families had a great time and still talk about it.

The tournament management is looking forward to another tour with such an experienced manager as Steve Donovan at the helm of one of our teams. “It feels good when good people return to our tournament. We love his energy and drive to stick around in baseball, and especially for BATC Baseball”, Paul Bun adds. 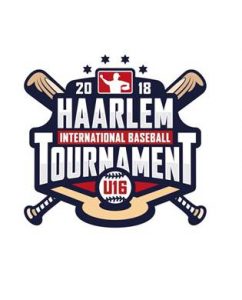 From july 29th until august 3rd Steve Donovan organises the first edition of the “Haarlem Tournament”. A U16 baseball tournament that will bring top teams from Europe, USA and overseas to Haarlem. There will be at least 6 games per team and teams can enlist players from various clubs. If players from BATC Baseball are interested they can be put on a team to have another great baseball experience in the summer holliday. For questions Steve Donovan can be reached at sdono27@comcast.net