Well, there are 2 kinds of Battle at the Castle managers. The ones that have won a tournament and ones that have not. The latter group is still bigger with because of Kenneth Johnson winning 2 out of 3 fungo’s and Steve Donovan taking the other one. Today we can announce that BATC fungoman “KJ” will come back for his fourth tour with his Bomb squad and we are very delighted that the big man will return. The BATC community loves his presence and we are thankful that he comes flying in all the way from Atlanta, Georgia to give our kids a great experience being led by an American coach. Incredible.http://ragrani.ru 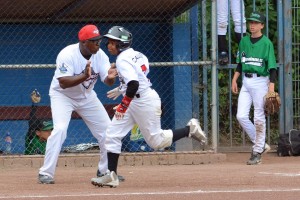 The two managers that have reached a BATC final but could not get their hands on the winners fungo will also return with a lot of passion and energy for youth baseball. Coach Victor will lead his Cavvies in the battle with his characteristic fury and flair. Doing a great job as a coach at Amsterdam Marshals baseball club, he is regarded as one of the best in bringing his love for the game to the kids he works with. Many whisper that the Cavaliers have drafted a well balanced and strong team, so who knows….maybe the fungo will be his in 2016.

Coach Folkwin has taken his green machine to 2 BATC finals already, with him coming close in 2015 when the Admirals were beating the Bombers 6-2 in the fifth inning, only to surrender 6 runs in the bottom of the 5th when the Bombers refused to take the axe. Coach Folkwin is loved for his coaching style based on learning the kids to feel good about themselves and building confidence. He has built some nice teams around this philosophy and has created great memories for the BATC kids. And that’s what we are all in for. 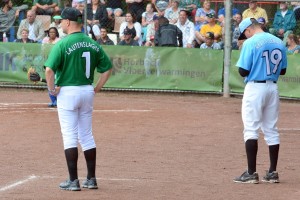 For the one last spot, the BATC Falcons, we are hoping to re-sign coach Coen. He is still undecided if he can make himself available for our tournament. We would love to see him return and subject the Falcon’s kids to his baseball academy experience. Last year we saw a lot of passion for youth baseball and dedication in learning the kids to cope with succes and failure. We hope to hear from him soon and we will inform you when we have more news on the Falcons managerial job.