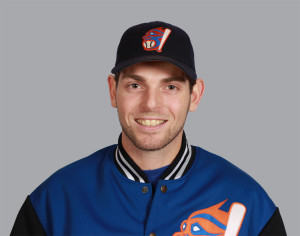 A familiar face is returning to the Battle at the Castle tournament in 2015. Last years Admirals coach Coen Merkx jumps seats to rivals Falcons for this years Battle at the Castle in Oosterhout, Netherlands. In daily life, Merkx is a professional baseball instructor and manager at Bixie Baseball Academy in Eindhoven (NL) and is regarded as one of the most talented youth coaches in the Netherlands.http://aton-mebel.ru

Paul Bun on Coen Merkx: “Such a dedicated youth coach with a great understanding of the game is a must have at our tournament. The kids will love his approach and will definitely make a step forward on his eye on baseball skills. A great team manager for the talented Falcons team”.

Merkx (24) started his baseball career at the age of 4 (!) at Gryphons in Rosmalen. In 2001, as an 11 year old ballplayer, he won the Dutch youth championship for regional teams. In 2006 he joined Bixie Baseball Academy as a player and from there on he played for multiple Overgangsklasse teams as Jeka, Twins and PSV before joining The Hawks in the Dutch Hoofdklasse in 2012 and 2013. In 2015 Merkx is professional baseball instructor at Bixie Baseball Academy and plays for Gryphons Rosmalen.

Niek Oomes, a player of Bixie Baseball Academy, will join the Falcons staff as a coach. Another promising youth coach who knows how add fun to working hard on baseball with youngsters.