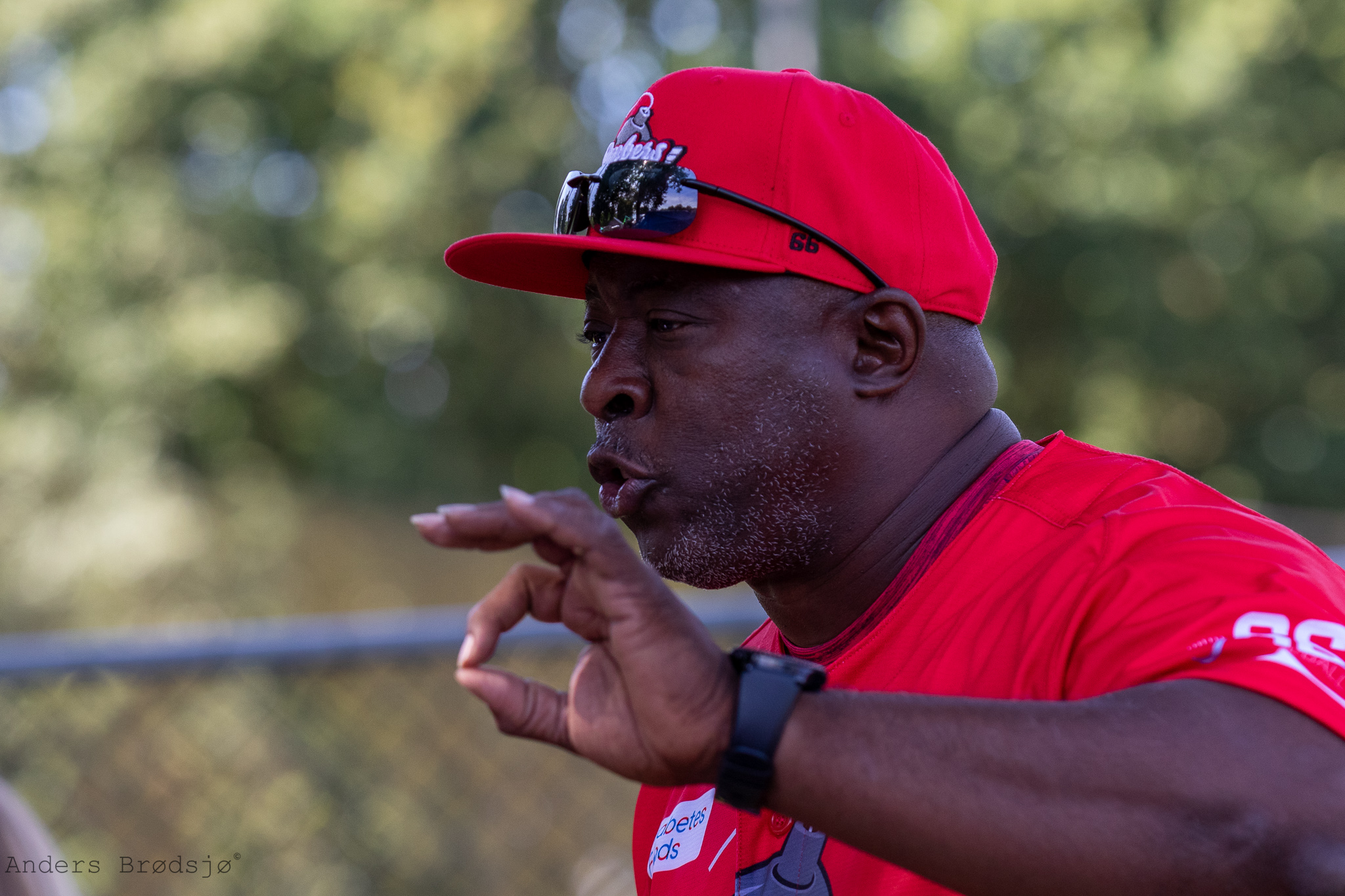 That was a simple line in an email sent by Kenneth Johnson to the front office of Battle at the Castle baseball. Every year when planning starts to gain momentum in december, we think about Kenneth Johnson. Will he come again this year? It has been incredible past years, what this man and his family do for our tournament. Every summer holiday he sacrifices a bunch of vacationdays to hop on a plane, financing that himself, to work with eager little Bomber kids. The time, effort and money that Kenneth Johnson puts into us is amazing. And it gets even crazier every year: last year he co-coach the Belgian U18 national team at the European championship qualifier in Sweden and this year he will help out his collegue BATC Coach Steve Donovan with his summer tournaments in The Netherlands after BATC2020 ends.

The big man will make an impact again with our U12 Bombers. He has tasted sweet victory in 2013 and 2015, but in recent years he wasn’t so lucky with his top draft picks who needed to play last minute at other tournaments in Europe. He is committed to be on top of the charts again, however that is not his main goal at BATC Baseball. Every kid must take a great learning experience home from BATC Baseball. Always there to help his kids to bring their level up and build their characters. And that he managed to do every year he was around in Oosterhout.

We love these kind of lines in email messages: “I look forward to another fun BATC tournament experience! Tot ziens! KJ”

We are very thankful that KJ commits to another new Bombers experience in 2020. Let’s go!